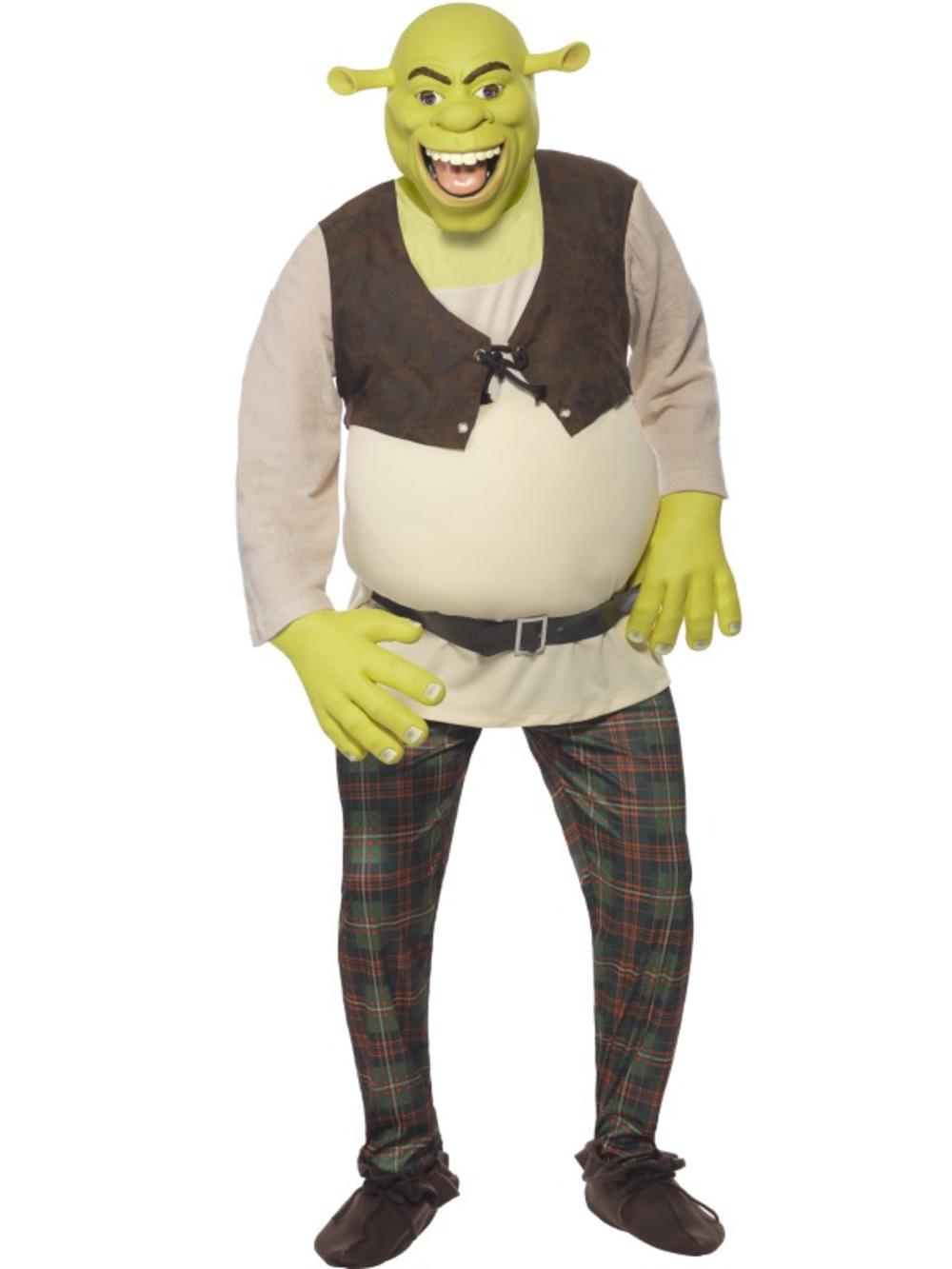 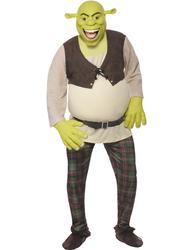 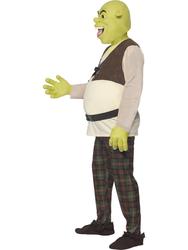 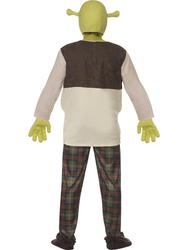 Shrek, the animated ogre first appeared in the 2001 self titled film, the film proved successful and won the first ever oscar for "Best animated feature" which resulted in the release of 3 sequels, a broadway musical and several spin offs being released.

Now you too can recreate the instantly recognisable look of the loveable ogre who's voiced by Mike Myers of Austin Powers fame with our officially licensed Shrek fancy dress costume.

Included is a light grey coloured tunic style top decorated with an attached leather look waistcoat, a pair of brown and red tartan trousers and a pair of oversized green ogre hands made from high quality latex.

Completing the Shrek fancy dress costume is the all important Shrek mask, again made from high quality latex and sporting the recognisable and ever jolly face of Shrek.

Perfect for wearing to a film or fairytale themed fancy dress party.