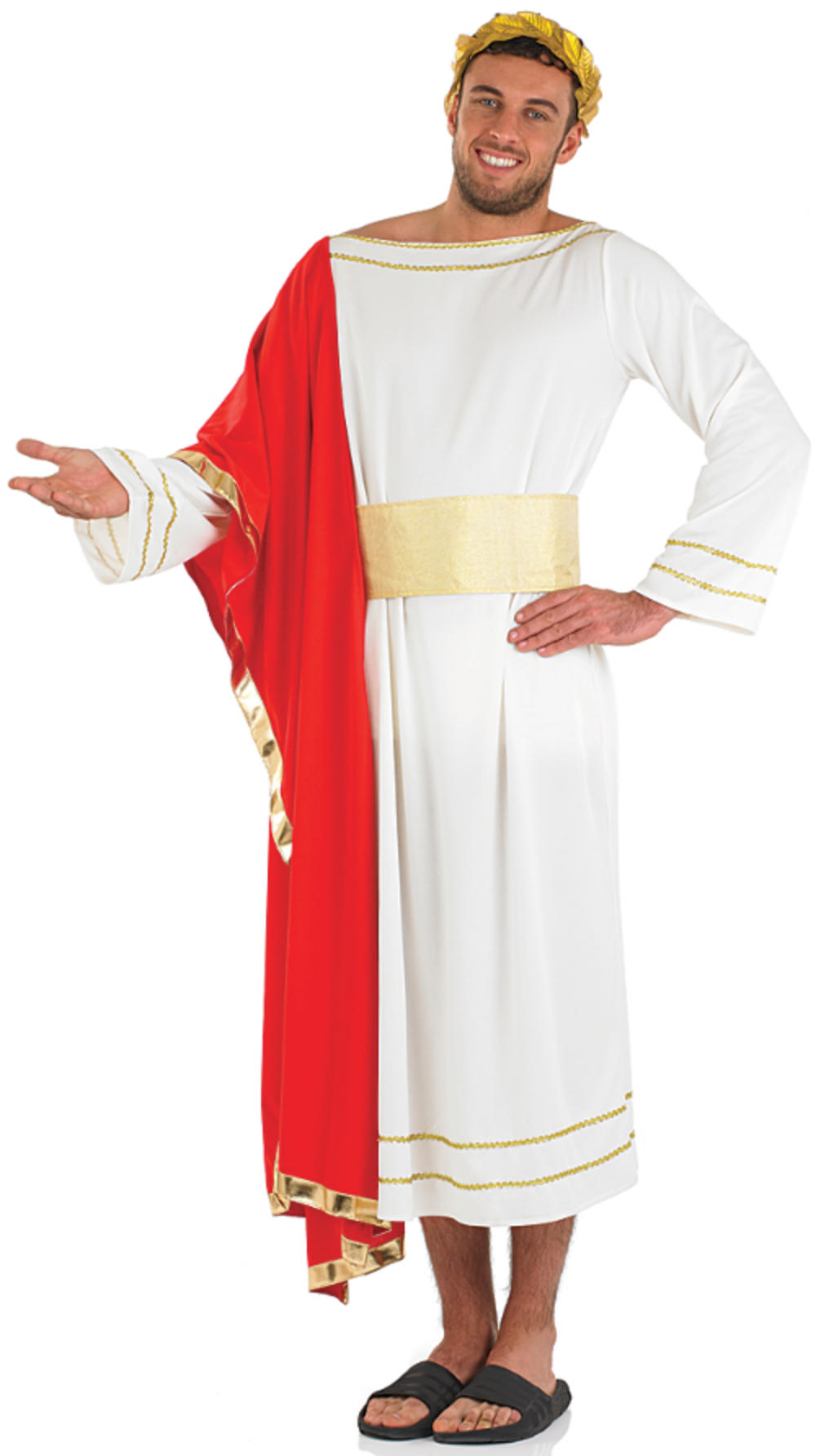 All will hail the great Julius Caesar looking individual when this mens Roman Emperor costume is put on.

You can be that great leader of the Ancient Roman Empire, like Augustus, at the next themed fancy dress party. The long white full sleeved tunic style robe comes with sophisticated gold designs on the neckline and sleeves. The Roman leader dress also contains a thick waistband and a royal red cape attached from the shoulders. Dont forget to put on the crown, which is in the form of a gold wreath style head band.

Sit back and enjoy some grapes fed to you by pretty ladies at the next Greek or Roman themed fancy dress party.